July 28th was the celebration of BIST’s 10th anniversary, marking 10 years of activity, growth and helping those who have survived brain injuries.

Often there are specific themes to the BIST community meetings, such as answering questions people have asked, addressing concerns or encouraging proactive communication. So those who attend are treated to some education as well as some fun. Not that the 28th was not like that, but the theme was entirely one of celebration. A band (Cougar Bait) was brought in, there was karaoke and dancing, and dinner was provided.

The cake was particularly special, made up of cupcakes with a single layer of frosting between them all.

Many of us reconnected with friends we had not seen for a long time, we also met new acquaintances.

Several speakers gave their memories of the last ten years, from humble beginnings through a time without any organization that brain injury survivors could call their own. Since then we’ve grown to where we have our own office and staff, dozens of meetings through the year, have received grants and are actively fundraising. We’ve come quite far, and the event was a great recognition of the effort that’s been made. 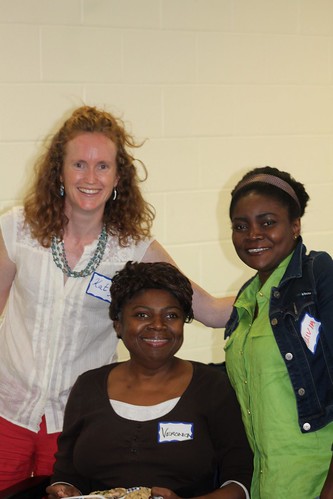